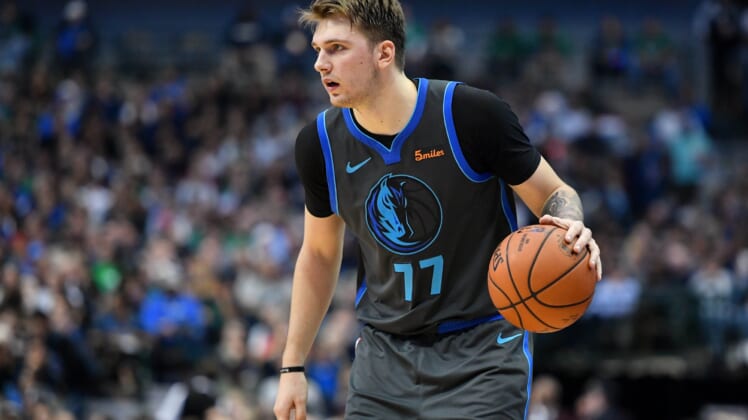 It seems that just about everything Luka Doncic touches turns to gold. This three-pointer that he drained on Wednesday night can be counted in that group.

The Dallas Mavericks were moving the ball around, but the ideal shot just wasn’t there. With the shot clock winding down, Doncic took a pass from Dennis Smith Jr. and put up a three.

Given that it was a one-handed shot, we can’t exactly say that Doncic’s form here was ideal. But the result couldn’t have been any better.

Overall, Doncic hasn’t had an especially big scoring night in his Madison Square Garden debut. But the baskets he’s made have sure had the people buzzing.

This rookie definitely has the magic touch.