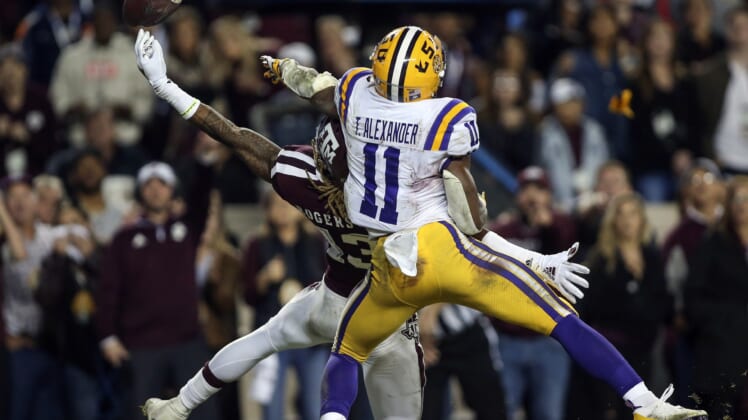 LSU defensive back Terrence Alexander turned a big play into something quite sour for LSU late in the first quarter of the Fiesta Bowl.

The Tigers had just landed a turnover on a UCF fumble. Alexander got into it on the sideline with a Knights player and threw a punch.

Punching a guy in the facemask should be an automatic ejection on the simple principle that you were dumb enough to punch someone in the facemask. pic.twitter.com/u07PxiosOc

Not surprisingly, he was ejected from the game.

Just an awful, awful way to end one’s season — and in this case his career. A senior, Alexander should have known better than to let his emotions take over there. Making it worse, this happened on a play that was hugely positive for his team.