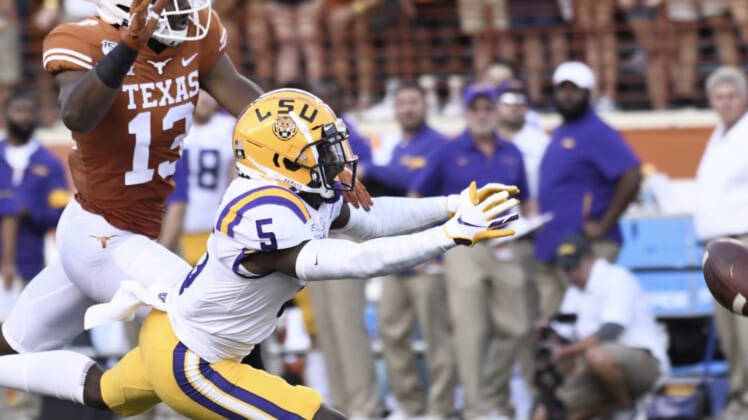 The LSU Tigers are having their way with the Oklahoma Sooners in the first of the two College Football Playoff semifinals on Saturday.

Already up 28-7 after three Justin Jefferson touchdown catches, LSU got another game-breaking play from junior cornerback Kary Vincent Jr. Just check out this interception of Heisman finalist Jalen Hurts. It was something else.

He just stole the ball in epic fashion, helping set the Sooners up once again as they attempt to earn a trip to the championship game.