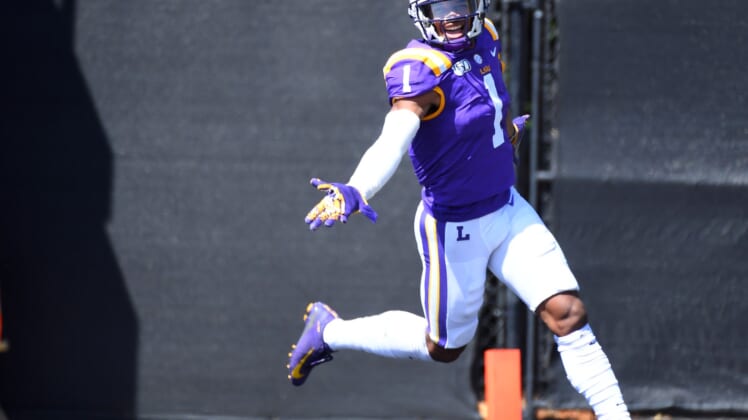 Apparently, the Vanderbilt Commodores didn’t learn their lesson. A quarter after LSU Tigers wide receiver Ja’Marr Chase turned on the afterburners for a 64-yard touchdown, he just burned them again on a 51-yard touchdown.

Tigers quarterback Joe Burrow had already hit Chase twice for touchdowns in the first half. He saw the sophomore receiver slip open in the secondary

The move to a spread offense is working out quite nicely for LSU. The passing offense has opened up in ways we haven’t seen before from this program and Burrow is putting together an incredible Heisman Trophy campaign.

Of course, it helps when he has a receiver who can put up nearly 200 receiving yards in less than a half of action. While LSU’s defense is scary, the passing game might be even more intimidating for opponents.