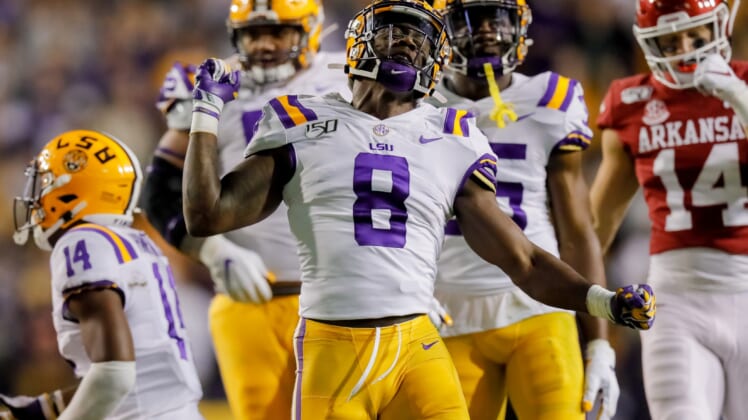 Just days before the No. 1 LSU Tigers are set to face the No. 4 Oklahoma Sooners in the Peach Bowl, Tigers linebacker Patrick Queen took numerous shots at Oklahoma’s offense during an interview with reporters.

When a reporter asked Queen about the offense he is about to face, the junior linebacker didn’t hesitate in calling out every aspect of Oklahoma’s offense. He also expressed extreme confidence in LSU’s ability to shut down the Sooners.

Queen just provided head coach Lincoln Riley and quarterback Jalen Hurts with plenty more motivation in the CFP Semifinal matchup. Now, we’ll have to see if Queen and the rest of LSU’s defense can back up the talk.