WATCH: Louis Oosthuizen hits hole-in-one off J.B. Holmes’ ball on No. 16 at Masters 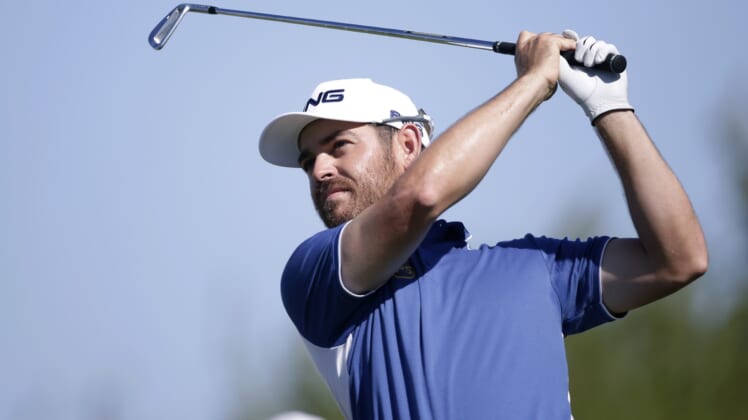 The 16th hole at Augusta Sunday has been nothing short of magical. After watching Shane Lowry and Davis Love III both hit a hole-in-one during the final round of the 2016 Masters, fans camped out at the famous par-3 were treated to another moment that will be etched into our collective memories for the rest of time when Louis Oosthuizen made it three in one day, knocking his into the cup off of J.B. Holmes’ ball.

Oosthuizen’s glorious shot bumped him up into the top 20. After carding a two-under-par score on No. 16 he found himself in a tie for 18th place at the Masters.

Meanwhile, Jordan Spieth is just tearing up the course and has carded four birdies in a row heading into the back nine.

Augusta has been nothing short of brilliant this weekend.