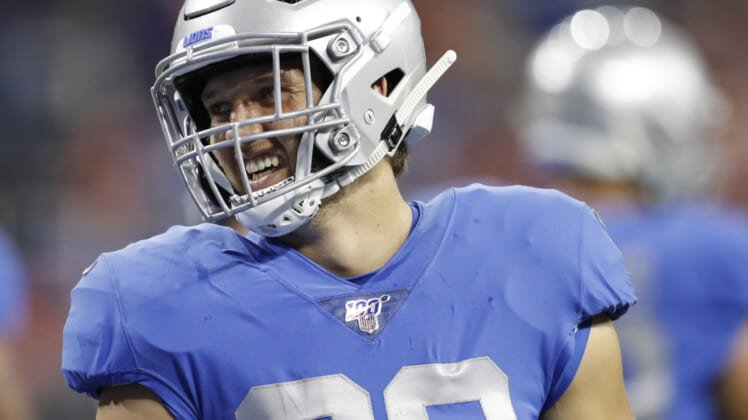 Detroit Lions rookie tight end T.J. Hockenson has played a huge role for his team through a 2-0-1 start to the season.

Unfortunately, it appears that the first-round pick suffered a serious injury during Sunday’s game against the Kansas City Chiefs.

Hockenson attempted to leap over a defender and landed hard on his head on the turf at Ford Field.

That’s about as ugly as it gets. Hockenson seemed to be out for a while before he regained consciousness and was carted off the field.

That’s seemingly good news. However, this play does beg a major question.

Isn’t it time for offensive players to stop hurdling defenders? We’ve seen too many injuries of this ilk in recent seasons.