WATCH: Liberty’s Scottie James with the flop of the century 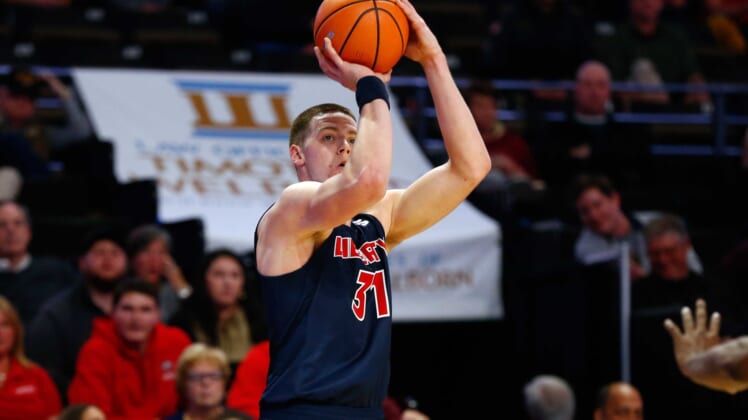 Late in Sunday’s tight game between Liberty and Lipscomb, Flames forward Scottie James attempted to tilt the scales in his team’s favor during the ASUN Championship Game with an epic flop.

As James was getting up from the ground, a Bisons player ran past him and nearly did hit him. Alas, James didn’t actually get hit though, but you’d never know it based on this incredible acting job.

This hilarious flop by Liberty's Scottie James needs to be framed in a museum. pic.twitter.com/vf7WEwjHhW

The Oscar goes to Scottie James

Really, there are few examples of such blatant flopping in the annals of sports history outside of international football, or maybe pro wrestling.