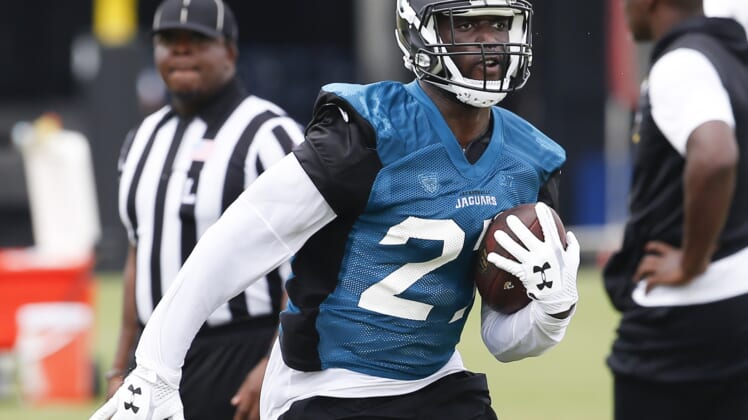 The Jacksonville Jaguars drafted Leonard Fournette hoping that he could get the ball in the end zone. On Sunday, the rookie running back did that for the first time.

Fournette’s first score was not especially pretty, but it was darn effective.

Doug Marrone goes for it on 4th down and BOOM
First career touchdown for Leonard Fournette.#Jaguars pic.twitter.com/S6KGhH7JGb

The run was even more important when we consider that it was a fourth down. The Houston Texans’ goal-line defense had previously held strong in keeping the Jags out of the end zone.

While the ensuing PAT was no good, Fournette’s score put Jacksonville up 12-0 on the Texans.