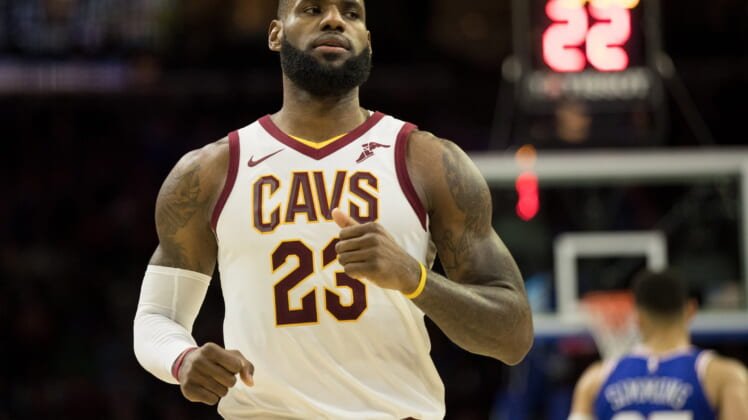 Cleveland Cavaliers forward LeBron James was just named a starter for what will be his 15th All-Star game. That’s not a surprise. King James might be in the midst of the best individual season of his career.

Orlando Magic big man Aaron Gordon found that out first-hand Thursday night in Cleveland. Here, we see James toss the rock behind his back and between Gordon’s legs, setting up teammate Dwyane Wade for an easy lay-up in the process.

It really is a thing of beauty.

LeBron went behind the back and BETWEEN A DEFENDER'S LEGS. pic.twitter.com/opqcb56YpM

You’re not supposed to be able to play basketball that way. It’s unfair, and James should be called out for ruining Gordon like that. Okay, maybe not.

In any event, James and his Cavaliers are looking to end a four-game losing streak in Thursday’s outing against the lowly Magic. With plays similar to this, that won’t be an issue.