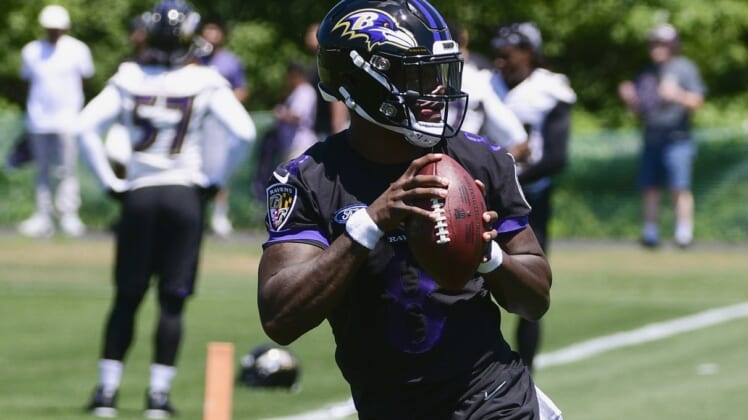 Lamar Jackson is one of the most uniquely gifted quarterbacks to come into the NFL in a long time, and Saturday he showed off his wheels in a big way against the Miami Dolphins.

On a quarterback keeper from the 20-yard line, Jackson darted off tackle to the right and was nearly tripped up halfway to his target. But his exceptional athleticism and never-give-up determination got him the rest of the way.

This is the second rushing score of the preseason for Jackson, who racked up 50 of them during his three years at Louisville. He’s a special player, and some day soon he’ll be the face of the Baltimore Ravens.