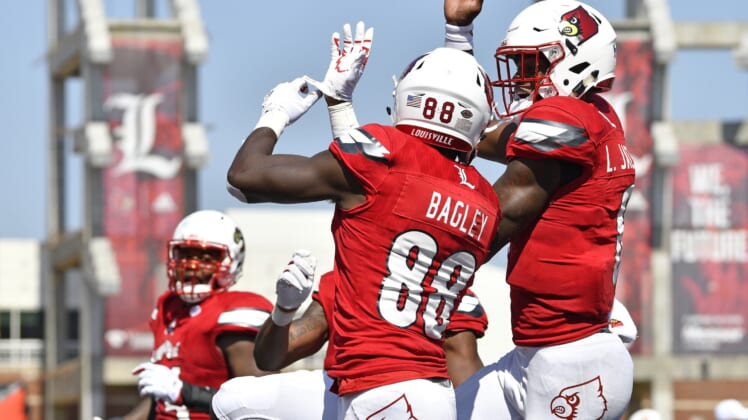 Lamar Jackson has a rare type of wiggle. He’s so unpredictable running the ball that defenders often end up looking silly trying to defend him.

Mississippi State got to experience this firsthand Saturday during the second quarter of the Taxslayer Bowl.

Jackson drove Louisville into the red zone, down by a touchdown. Then he took matters into his own hands, keeping the ball on a read-option. When he was finished, Jackson was in the end zone for the score, and three Bulldogs defenders were laying on the ground after crashing into one another trying to bring him down.

This score tied the game up 14-14 early in the second quarter. Jackson, who finished second place in Heisman voting this year, currently has 130 total yards and two touchdowns to his credit.