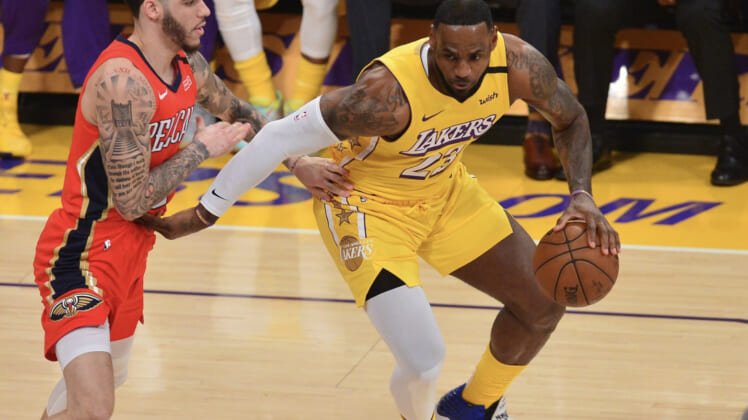 We knew it would be awkward when three former members of the Los Angeles Lakers stepped on to the court at the Staples Center as members of the New Orleans Pelicans Friday night.

Honestly, we didn’t believe the Lakers would play into this awkwardness. Dealt to New Orleans in the blockbuster Anthony Davis trade this past summer, the Lakers legitimately played a tribute video for Lonzo Ball, Brandon Ingram and Josh Hart.

It’s hard to watch. That’s especially true given the fact that fans inside the arena were hesitant to give an applause.

The Lakers’ decision to move these three was not a difficult one. It’s the process that led to the trade people question to this day.

As for the video tribute, insert “but why” GIF right here. The Lakers did not win more than 37 games in a season with these three on their roster.

This is not the equivalent of Kevin Durant returning to the Warriors or something like that.

While the idea might have made sense in theory, it bombed out on the court in Los Angeles.