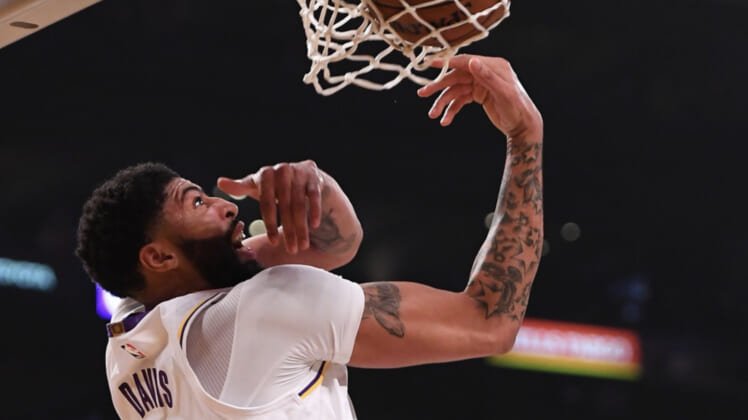 It seems as if Anthony Davis was reaching for a SpaceX rocket or something early in Friday night’s game against his former New Orleans Pelicans squad.

Check out Davis reach back as his right arm hits Earth’s orbit in throwing down an absurd alley-oop from Danny Green.

It has to be seen to be believed. We’re not even kidding.

NBA players have been defying gravity since Michael Jordan’s prime. But this is next-level stuff right here. Albert Einstein would be confused by what took place in the first quarter at the Staples Center.

The good news for the downtrodden Pelicans? The Lakers decided to play a tribute video for Lonzo Ball and Co.

Glass half full and stuff.