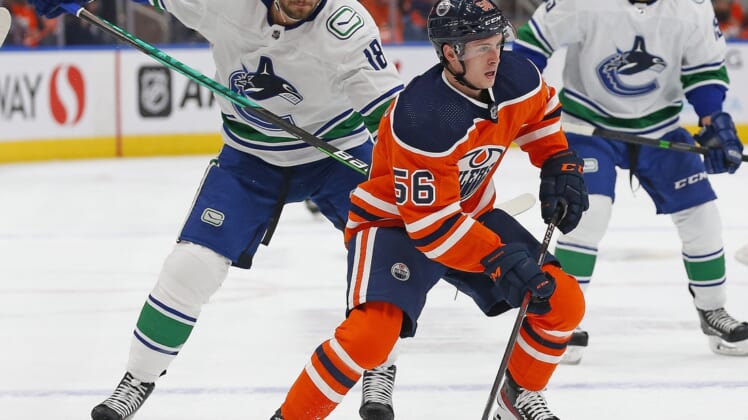 Kyle Turris scored the winning goal in the fifth round of the shootout to give the host Edmonton Oilers a 3-2 victory over the Vancouver Canucks in both teams’ season openers on Wednesday.

Jesse Puljujarvi and Zach Hyman also tallied for Edmonton, which received a 36-save performance from goaltender Mike Smith, on top of stopping four of five opponents in the shootout.

Oilers captain Connor McDavid, who won the league’s scoring race last season for the third time in five campaigns, collected a pair of assists. The Oilers didn’t have a single game last season go to a shootout.

With a chance to play hero after his team blew a 2-0 lead in the third period, Turris converted with a shot from the slot to earn the win.

Oliver Ekman-Larsson and Quinn Hughes responded with key goals to force extra time, but the visitors — on a night goalie Thatcher Demko stopped 32 shots through overtime in a top-rate goaltender duel — couldn’t find the winner.

Puljujarvi’s rebound goal at 16:55 of the opening frame put the hosts on the board first and then Hyman — who joined Edmonton after signing a seven-year, $38.5 million contract in the offseason — doubled the lead with a power-play goal at 17:12 of the second period.

However, the Canucks staged a successful third-period comeback to force overtime. Ekman-Larsson, who was acquired via trade in the summer, scored with a long shot on the power play at 12:28 of the period, and then Hughes fired a sharp-angled offering that somehow found the mark with 2:49 remaining in regulation.

Nils Hoglander netted a pair of assists in the loss.

Edmonton’s Leon Draisaitl assisted Hyman’s goal, which gives him a point in six consecutive season-opening games. The Oilers’ record for a season-opening point streak is seven, held by Wayne Gretzky.