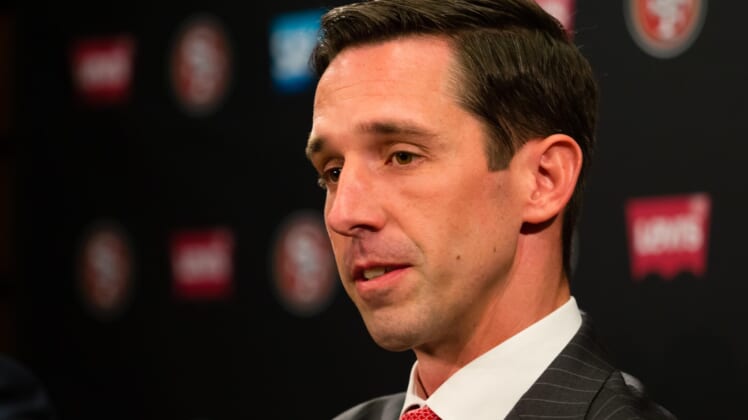 Indeed. That looks a lot like former 49ers and current Michigan coach Jim Harbaugh (who commonly does things like this).

Shanahan was upset that he wasn’t credited with a time out as his team was lining up for a fourth-and-one. Instead, the 49ers were hit with a delay of game penalty and settled for a field goal.