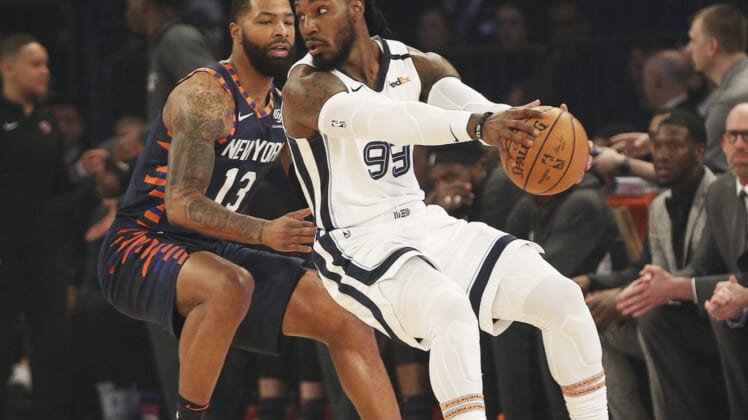 The New York Knicks embarrassed themselves in a big way at home against the Memphis Grizzlies Wednesday night.

More than losing by 21 points at Madison Square Garden, the end of the game painted this organization in a terrible light.

It did not end on the court. Immediately after the game, Knicks forward Marcus Morris made news for all the wrong reasons. In talking about Grizzlies veteran Jae Crowder, Morris decided to go all misogynistic. It’s pretty ugly stuff.

Crowder was fouled late in the game by Knicks guard Elfrid Payton after attempting a three-pointer with his team up 18. It led to a scrum and an ugly scene.

Morris needs to know better. There’s absolutely no room in modern society for this crap. Once again, the Knicks find a way to embarrass themselves.