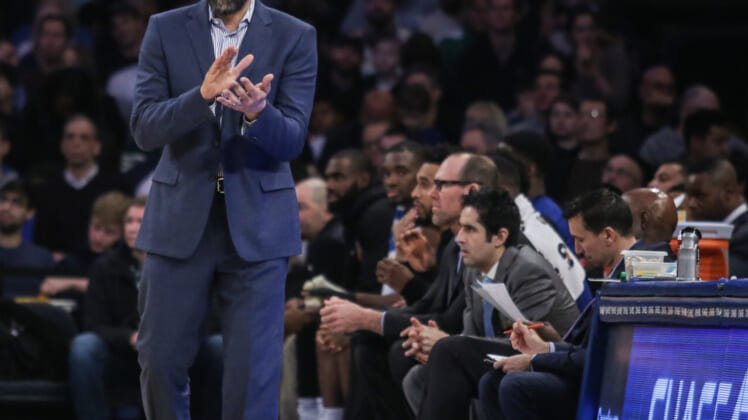 As Harden was doing his thing and dominating against the New York Knicks on Wednesday, Fizdale was having none of these foul calls.

He had to be held back by assistant Keith Smart from going after the officials after a pretty bad foul call against the Knicks.

David Fizdale was not in a kind mode Wednesday night for the #Knicks against James Harden and the #Rockets (h/t @HoHighlights) pic.twitter.com/yxX3uo3FNF

Later in the game, Fizdale got into it with the officials big time — leading to a second technical and an ejection. To say that Fizdale got his money’s worth would be an understatement.

And then he got ejected. Whew. pic.twitter.com/sPk0yOau2C

Despite seeing Harden drop 61 points, the Knicks still kept this close. In fact, they had a chance to win or tie the game on their final possession — only to see it not come to fruition.

It will certainly be interesting to see Fizdale’s post-game press conference.