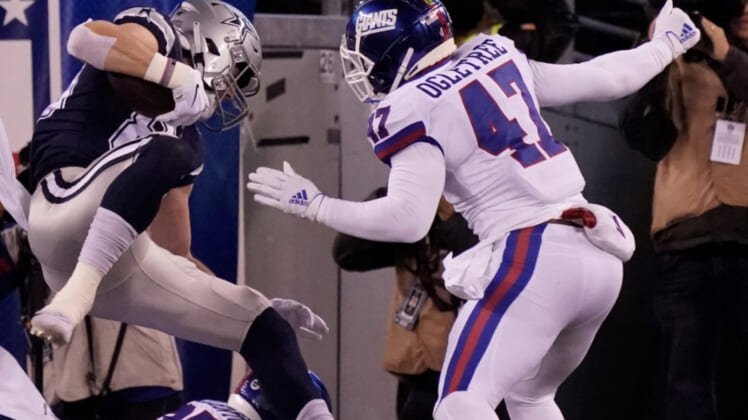 A black cat decided to do some streaking on the field during Monday night’s game between the Cowboys and Giants in Jersey.

Even with the Giants opening up an early lead, it really was all of the rage inside the Meadowlands and on social media.

Though, we have to give veteran broadcaster Kevin Harlan credit for doing what only Kevin Harlan can do. Listen to the dude give a full play-by-play of the scene while still finding a way to plug a sponsor.

This might legitimately be the best thing we’ve ever heard from Mr. Harlan. That’s saying a whole heck of a lot.