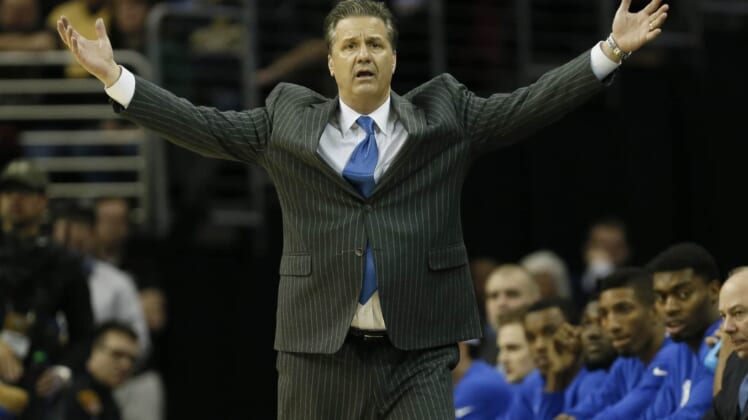 The head coach wanted the refs to call a flop, which is something he was harping on for a while in this game. As things escalated between the coach and the officials, he was hit with a technical, then he really lost it, earned another technical and was ejected.

To be sure, Calipari earned that ejection. In fact, he very well may have done it on purpose to try and inject life into his team, which was tied up at 44-44 with Arkansas at the time of the incident, midway through the second half.