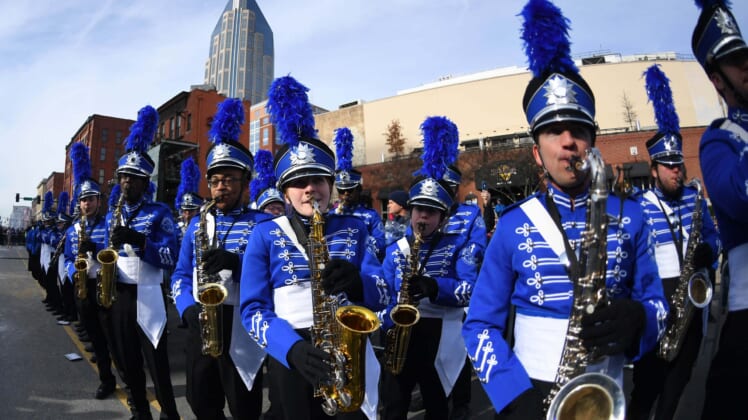 In the team’s first game since their former star quarterback Jared Lorenzen passed away, the Kentucky Wildcats band honored him with a touching tribute at midfield.

The band came together and formed the No. 22 in honor of Lorenzen, who starred at Kentucky from 2000-’03 and won over the hearts of the entire fanbase and state.

Lorenzen, who passed away at age 38, threw for 10,354 yards in his career with 78 passing touchdowns and 12 rushing touchdowns in his four-year stint with the Wildcats.

It’s an incredibly warm gesture by Kentucky’s band and is just another example of how many lives Lorenzen positively influenced thanks to his play and personality on the field.