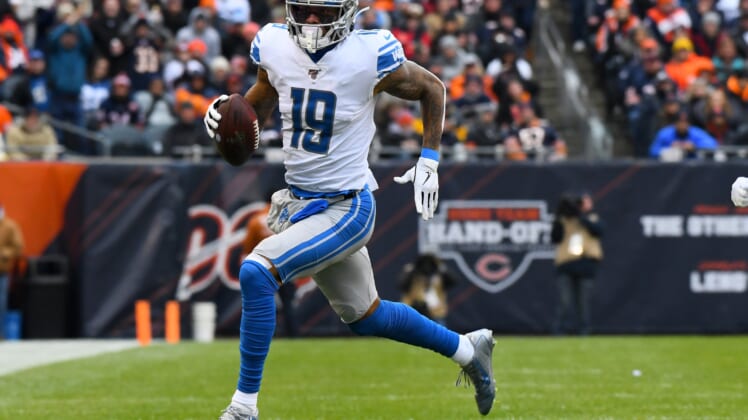 Many expected the NFL’s Thanksgiving opener between the Detroit Lions and Chicago Bears to be a low-scoring battle. Instead, the Detroit Lions just answered Chicago’s game-opening touchdown with a 75-yard, game-tying score.

Throws won’t be any easier than this for Blough in the NFL. Golladay scorched Bears cornerback Prince Amukamara and came open deep with no defenders within five yards of him.

No one expected Detroit’s offense to put up big numbers with a third-string quarterback facing one of the best defenses in the NFL. But Blough is carving up Chicago’s secondary like a Thanksgiving turkey.