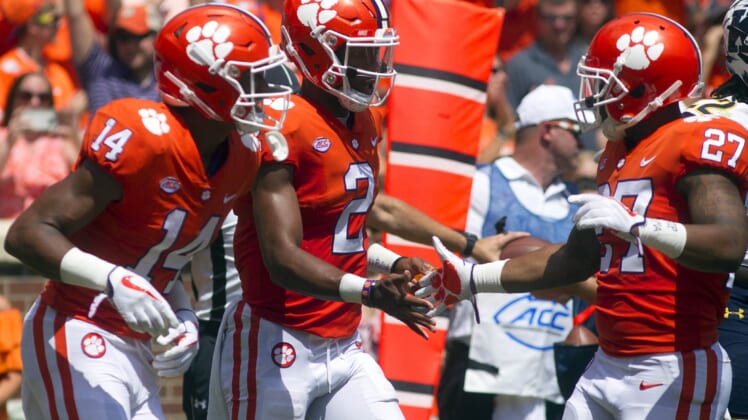 Clemson is absolutely dominating Miami in the ACC Championship Game. Tigers quarterback Kelly Bryant couldn’t help but throw some shade the Hurricanes’ way after scoring a touchdown during the blowout in the making.

In case you’re unfamiliar with why this is an epic troll job, Miami has been celebrating every turnover it creates this year with a gaudy turnover chain (like this).

The Hurricanes actually busted it out early in the game when Bryant fumbled, but at this point he’s the one having all the fun. Early in the second quarter, the Tigers lead the Hurricanes, 21-0, and Miami’s not done much to make us believe it’s going to get any better.