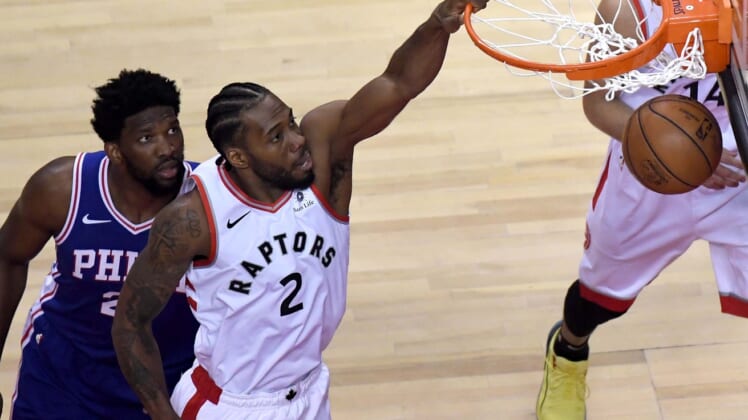 Earlier in Game 4 of their Eastern Conference Finals series, Milwaukee Bucks star Giannis Antetokounmpo decided to dunk all over the Toronto Raptors.

As the game turned to the third quarter, Raptors star Kawhi Leonard responded in kind. Just check out Leonard putting Giannis on a poster for the And-1.

As we noted before, the Greek Freak is usually the only putting opposing players on posters.

Leonard’s ability to return the favor here gave Toronto a double-digit lead in the third quarter as it looks to tie the series at two.