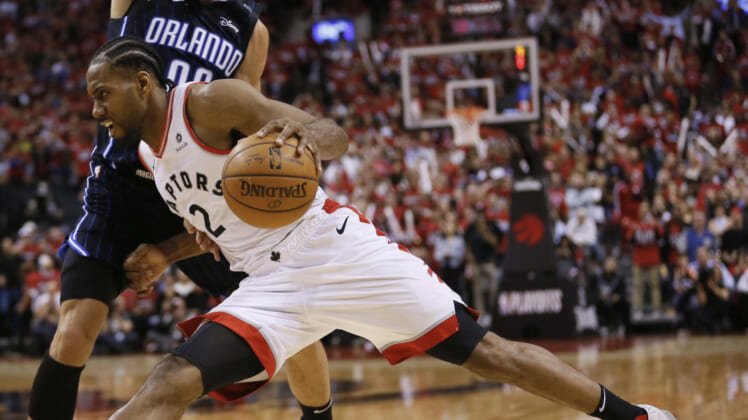 Toronto Raptors star Kawhi Leonard had to be a bit upset after his team dropped their playoff opener against the Orlando Magic this past weekend.

How do we know? Leonard was out there in Game 2 taking his frustration out on the very same Magic.

After dropping 17 points in the first half, Leonard sought to put Orlando away in the third quarter.

That included him putting up 17 points in the quarter alone, culminating in this beautiful crossover and massive dunk through pretty much Orlando’s entire defense.

By the time this game reached the fourth quarter, Toronto was up 90-66. That included 34 points on 14-of-18 shooting from Leonard.

Leonard is the best player in the series. He’s finally acting like it.