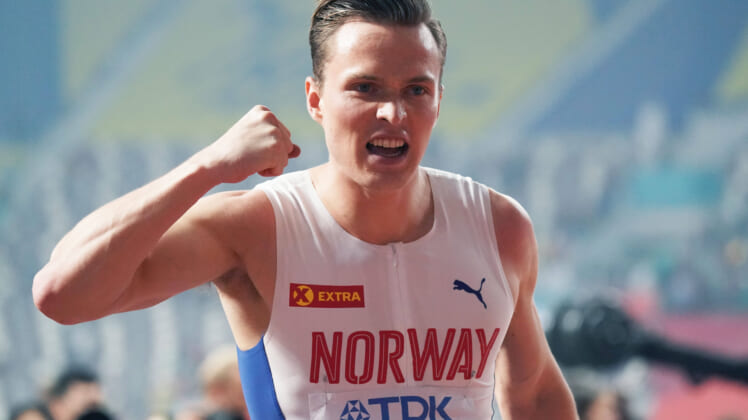 A Diamond League track meet in Oslo, Norway played host to history as 25-year-old native Norwegian Karsten Warholm who ran a 46.70 in the 400-meter hurdles while setting a new world record. His time beat out Kevin Young who ran a 46.78 in the 1992 Summer Olympics.

His 46.87 run was good for the second-best time ever before it was taken down at this year’s Olympic Trials by Rai Benjamin.

Rai Bejamin ran a 46.83 in the final of the Olympic Trials which was also good for the best time in the world this year before today’s performance from the Norwegian.

Warholm is now the only Norwegian athlete that currently holds a track & field world record in a standard event.

This is the second 400-meter hurdle world record that has fallen this year as on the woman’s side, Sydney McLaughlin broke the world record in the Olympic Trials running a 51.90, becoming the first woman to ever run sub-52 seconds in the event.