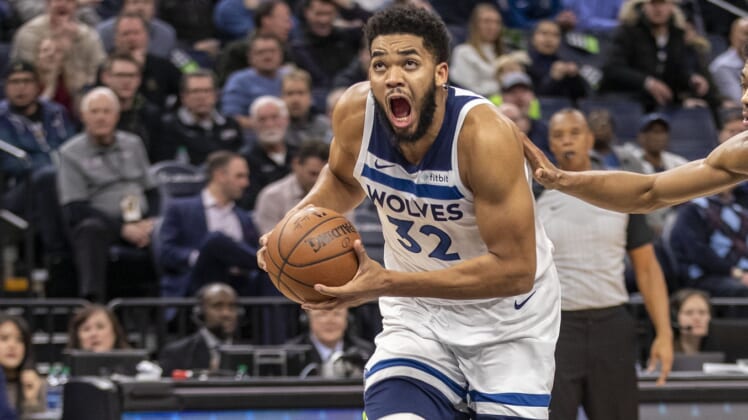 In his first game after a car accident that could have killed him, Minnesota Timberwolves star Karl-Anthony Towns is balling out.

Towns put up a monster first half against the Sacramento Kings on Monday night.

Days after barely walking away from a car accident, Karl-Anthony Towns is out here dominating for #AllEyesNorth (h/t @NBA). pic.twitter.com/iIauH4eyxX

On Thursday night, a car that Towns was traveling in was rear-ended by a semitruck that Towns guessed was going somewhere between 35-45 mph. He missed each of the next two games while clearing the concussion protocol.

But prior to the game on Monday, he noted that things could have been much worse.

"I'd say I had a 5 percent chance of making it out alive."

Karl-Anthony Towns on the car accident he was involved in last week. pic.twitter.com/AX4iRYjy2v

Fortunately for Towns, he came out of it in good shape. And as we’re seeing, it’s not impacting his game in any negative way.