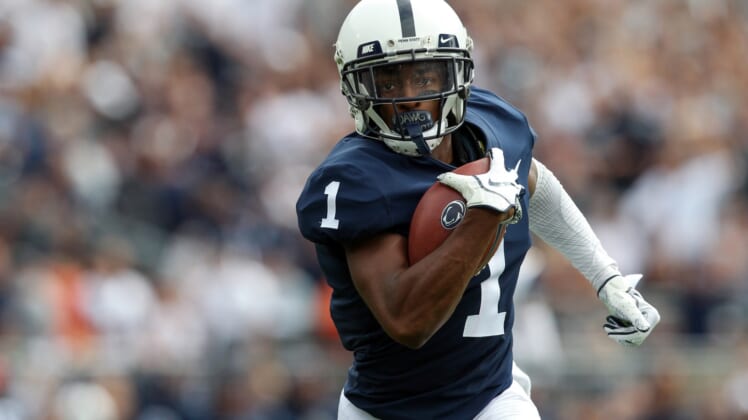 A decade ago, the NFL put out some pretty sweet “Pick me” commercials for fantasy football. Denver Broncos rookie K.J. Hamler wants the league to bring them back, and he had an awesome way of showing it.

Check out this short video of Hamler showing us why he should be on our fantasy football teams.

That’s some pretty impressive hand-eye coordination from the former Penn State star. But was it as impressive as what former NFL stars did for their “Pick me” commercials?