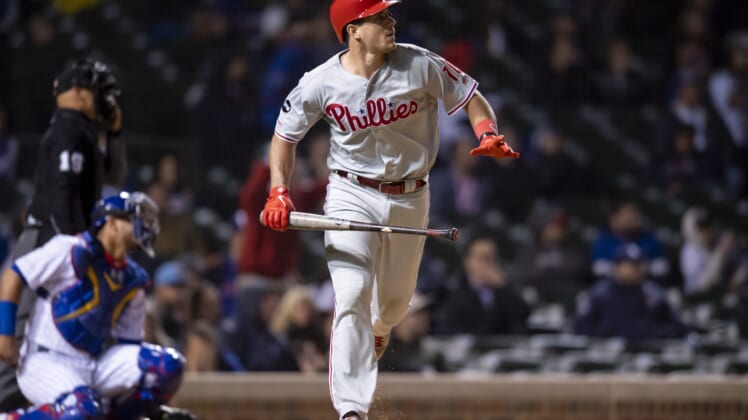 The Philadelphia Phillies acquired J.T. Realmuto for the All-Star’s ability to excel behind the plate and in the batter’s box. During Thursday’s game against the Chicago Cubs, Realmuto showed just what he is capable of at the plate with a monster home run.

On the first pitch of the at-bat, Realmuto saw Jon Lester’s cutter come in and he absolutely clobbered it. It was gone as soon as Realmuto made contact as it left the bat with a 111 mph exit velocity and soared out of Wrigley Field.

Realmuto has been phenomenal behind the plate this season and while he isn’t quite producing at the level we saw last season in Miami, he’s more than capable of turning it on and getting hot. He might be proving it now with three home runs, including two at Wrigley Field, over his last five games.