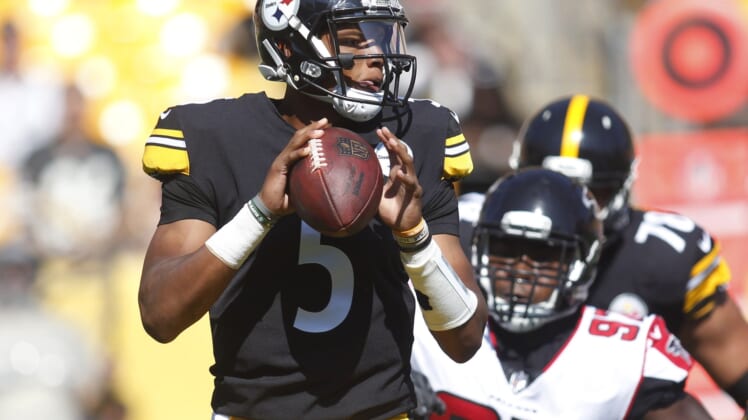 If he hadn’t done it already, Pittsburgh Steelers quarterback Josh Dobbs proved in one scoring drive on Thursday that he’s quite capable of making plays.

The first came when Dobbs mishandled the snap on a third-and-six. Rather than just fall on the ball and bring the punt team on for fourth down, Dobbs picked it up. After retrieving the ball, Dobbs scrambled to pick up the first down, covering roughly 20 yards on the ground in the process.

But he was not done. The drive continued and eventually, Pittsburgh found itself just outside of the end zone.

There, Dobbs again showed his legs off. He took the snap and ran for the end zone, leaping through traffic for the final yard.

It's a bird!
It's a plane! pic.twitter.com/jgWfhbkqqW

That’s certainly the kind of impression that any player wants to leave in the preseason.