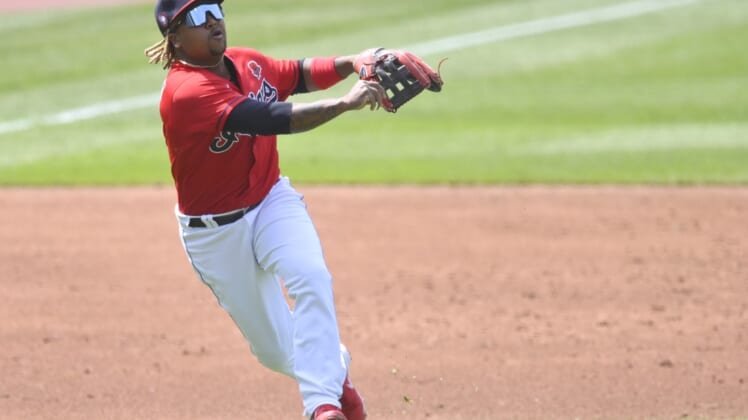 Jose Ramirez hit a tiebreaking, two-run homer in the third inning, and the Cleveland Indians earned a 3-1 victory over the visiting Chicago White Sox in the seven-inning nightcap to split Monday’s doubleheader.

Bradley Zimmer had an RBI single and five Indians pitchers held the American League Central-leading White Sox to one third-inning run and seven hits to help them bounce back after falling 8-6 in eight innings of Game 1. Cleveland also a split a home doubleheader with Toronto on Sunday.

Yoan Moncada and Billy Hamilton each had two hits while Nick Madrigal drove in the lone run for Chicago, which saw its five-game winning streak come to an end. The White Sox struck out 26 times over both contests Monday (14 in Game 1, 12 in Game 2).

Facing Chicago’s Jimmy Lambert in his third major league appearance, first of 2021 and first-ever start, Zimmer hit a two-out RBI single in the second for a 1-0 Indians’ lead. The White Sox, though, tied it in the third when Hamilton doubled, went to third on Cleveland starter Cal Quantrill’s wild pitch and scored when Madrigal singled to right field.

The Indians got the lead right back in the bottom of the third. Amed Rosario reached on an infield single and Ramirez clubbed Lambert’s offering into the right-center field seats for a 3-1 edge. Ramirez has hit four of his 13 home runs this season against the White Sox.

Lambert (0-1) left after 3 2/3 innings, allowing all three earned runs and seven hits with a walk and four strikeouts.

Quantrill, one of Cleveland’s better relievers, also went 3 2/3 innings giving up the lone run, scattering four hits and fanning five without a walk.

Indians closer Emmanuel Clase allowed a lead-off single to Jake Lamb in the ninth, then struck out the next three batters for his ninth save of the season.