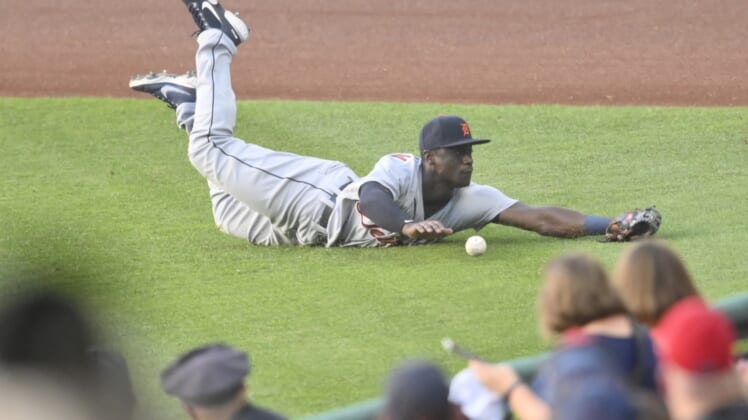 Jose Ramirez homered and drove in five runs, Eli Morgan collected his first career win and the Cleveland Indians pounded out 19 hits and overwhelmed the visiting Detroit Tigers 13-5 on Monday.

Cleveland scored two runs in the first. Hernandez led off with a single and Amed Rosario followed with a double. Hernandez scored on Jose Ramirez’s groundout and Rosario came home on Eddie Rosario’s sacrifice fly.

Detroit scored in the second on Cabrera’s sixth homer this season, an opposite-field shot.

The Indians roared back with three runs in the second. Harold Ramirez led off with a double and scored on Bradley Zimmer’s single. After a fielder’s choice, Hedges pulled an inside fastball over the left-field wall to make it 5-1.

The Tigers scored a run in the fourth on Cabrera’s two-out double and Jeimer Candelario’s RBI single.

The Indians knocked out Manning with four runs in the bottom of the inning. Clement was hit by a pitch and scored on Hernandez’s double. After Amed Rosario reached base on a single, Jose Ramirez drilled a fastball over the right-field fence for a 9-2 lead.

The Indians got those runs back in the bottom of the inning on Harold Ramirez’s RBI single and Hedges’ sacrifice fly.

Grossman homered in the eighth for Detroit.