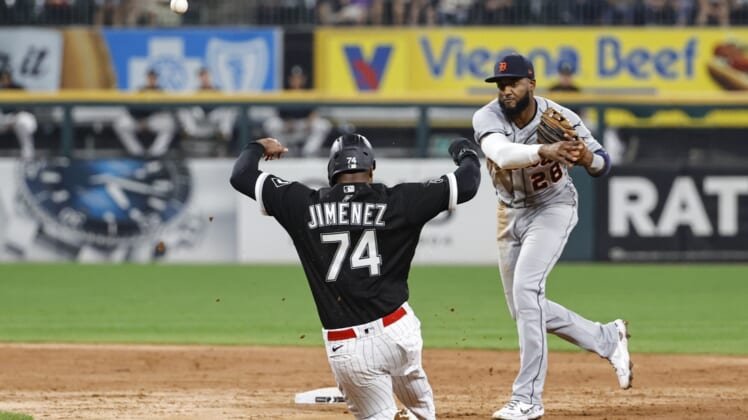 Abreu achieved the 30-homer/100-RBI mark for the fifth time in his career. Anderson reached base five times while scoring two runs and knocking in another.

Gavin Sheets supplied two hits, two runs scored and two RBIs for Chicago (92-68). Lance Lynn (11-5) gave up one run on four hits in five innings to collect the victory, striking out four against one walk.

The White Sox loaded the bases in the first inning. Peralta escaped that jam as Yoan Moncada popped out. Chicago also left two runners on during the second inning.

Abreu broke through with his leadoff homer in the third.

The Tigers (76-84) tied it in the fourth on Akil Baddoo’s leadoff single and Grossman’s RBI double. Grossman was left stranded at third as after a passed ball Lynn retired the next three batters.

Chicago took a 4-1 lead in the bottom of the inning. Sheets led off with a single and Cesar Hernandez reached on Jonathan Schoop’s throwing error. Anderson smacked a single that scored Sheets to put the White Sox on top. Luis Robert hit a sacrifice fly to drive in Hernandez and Abreu brought in Anderson with a groundout.

Detroit had runners in scoring position with one out in the sixth after Grossman walked with one out and Schoop singled. Garrett Crochet then struck out Miguel Cabrera before Harold Castro grounded out.

The White Sox tacked on a run in the sixth. Anderson reached on a one-out single and scored on Abreu’s two-out double.

Detroit had the bases loaded in the seventh against Ryan Tepera but Grossman flew out to center to end the threat.

Chicago stretched its lead to 8-1 against reliever Bryan Garcia during the same inning. Sheets’ bloop single brought in two runs. A single by Hernandez and a walk to Anderson loaded the bases. Abreu drew a two-out walk to force in another run.