WATCH: John Johnson III picks off Drew Brees while falling down in OT 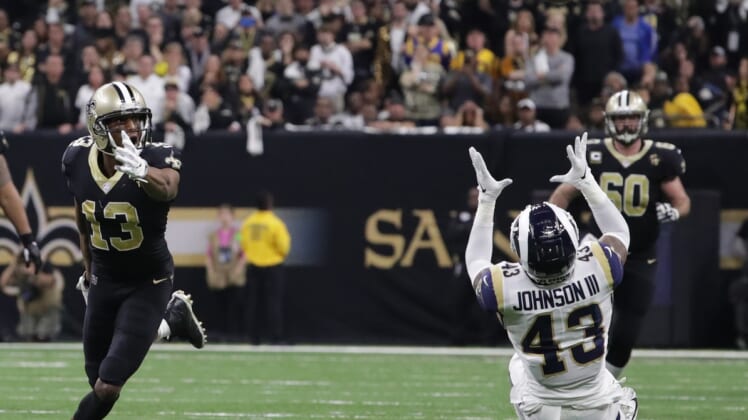 All tied up at 23-23 in overtime, the New Orleans Saints had the ball and were driving downfield when Drew Brees threw an interception to John Johnson III.

Brees was hit by Dante Fowler Jr. on the play.

Dante Fowler with the pressure on the Drew Brees pick. pic.twitter.com/5R6djaVL0t

His pass was significantly altered. Johnson was literally falling down as he made the play.

This gave the Rams the ball near midfield with a chance to win the game on any score.