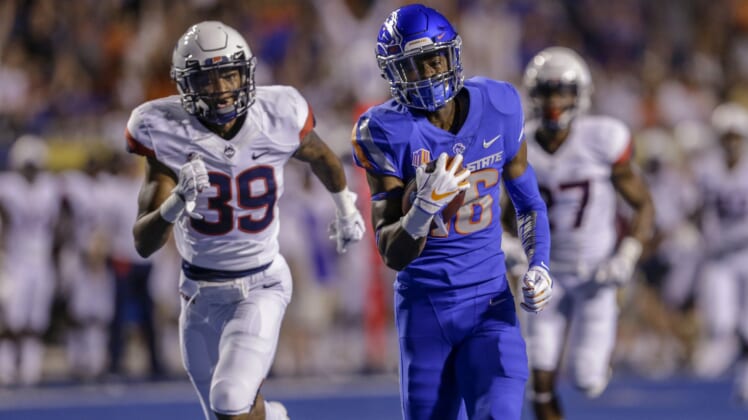 The junior wide receiver jumped into the air and with Wyoming’s defensive back covering half his body, made a one-handed catch between his arm then came down with one shoe on.

One HAND, one SHOE and one CATCH for John Hightower! My goodness. pic.twitter.com/A527KsBWeo

It’s one thing to make a one-handed catch and be able to pin it to the body as he came down to the turf. Hightower just seemed to add even more flair to it by losing a cleat in the process.