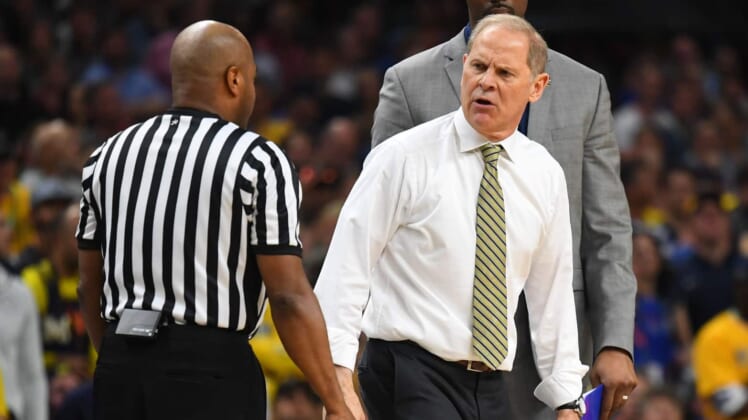 The Michigan Wolverines entered Saturday’s game against Wisconsin as one of the only two remaining undefeated teams in college basketball.

Down by three points with under a minute remaining, head coach John Beilein lost his temper, earning a technical foul and sparking what turned into a double-digit loss.

The coach was livid about officials calling an intentional foul on Brazdeikis’ off-ball foul as Michigan attempted to trap and get the ball back.

It all went downhill from there.

The Badgers converted the free throw and went on to roll over the Wolverines in the final seconds of the game.

Wisconsin storms the court after knocking off No. 2 Michigan. pic.twitter.com/uKd5U0rJqe