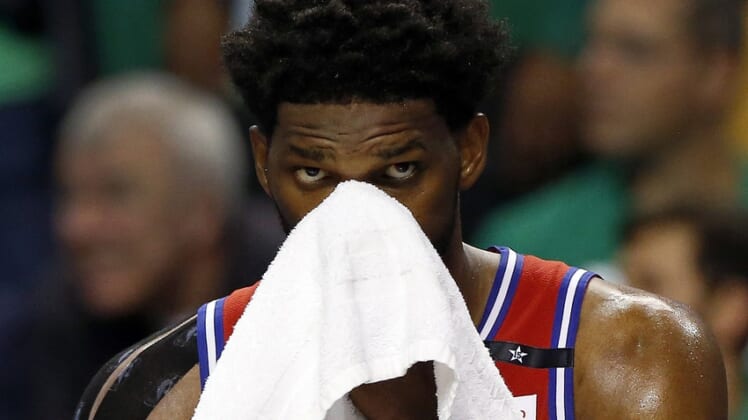 The Philadelphia 76ers made sure to impose their will early on in Game 5 against the Brooklyn Nets Tuesday evening. Up 3-1 in the series, Philadelphia certainly doesn’t want to go back to New York City for a Game 6.

If the start to this game is any indication, that won’t come to fruition. Philly opened the game up with a 14-0 run. That included injured big man Joel Embiid throwing down a massive dunk.

Embiid scored 10 of the Sixers’ first 14 points. The team was up 25-3 when the All-Star center got his first rest.