WATCH: Joel Embiid thanks fans for making him All-Star starter 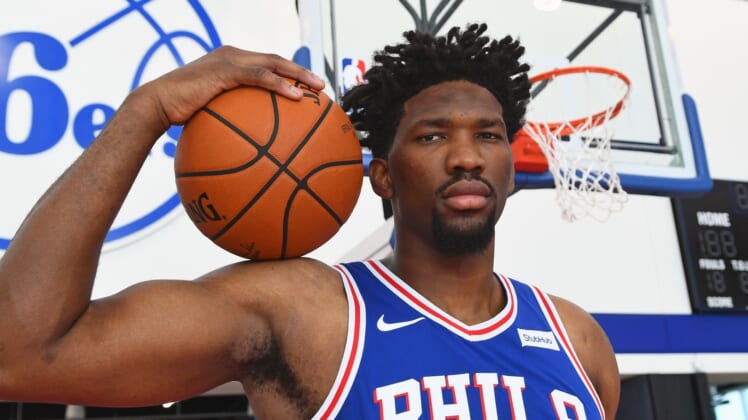 Joel Embiid was named as an All-Star Game starter on Thursday. The Philadelphia 76ers big man was, of course, thrilled to make his first team, and thanked the fans for helping to make it happen.

Joel Embiid made the All-Star game. Here is his reaction when he found out. pic.twitter.com/gf4zRt2C7I

“I thank all the fans and all the people that support me. Really, I appreciate it.”

Indeed, it was the fans who helped Embiid go over the top. After the starting teams were announced, it was revealed that the fans and media, who carry 50 and 25 percent of the vote respectively, were what put Embiid on the team over New York Knicks big man Kristaps Porzingis.

Eastern Conference All Stars, as expected: LeBron, Giannis, Embiid, Kyrie, DeMar. Only difference in voting between fans, media, players is players had Porzingis ahead of Embiid

It definitely goes to show that having a big personality to go with a great game is helpful.