Joel Embiid had 30 points and 18 rebounds to lift the host Philadelphia 76ers past the winless Detroit Pistons 110-102 on Thursday.

Tobias Harris added 17 points, Tyrese Maxey contributed 16 with six rebounds and six assists, and Shake Milton had 13 in his season debut from an ankle injury. Seth Curry also chipped in with 12.

Ben Simmons missed his fifth straight game for personal reasons for the Sixers.

Detroit has dropped all four games and remains the lone team in the league without a victory. 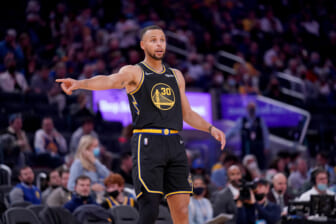 Maxey hit a 3-pointer from the corner with 1:23 left in the second quarter, Embiid scored in the lane off an offensive rebound and the Sixers pulled ahead 52-46 at halftime.

The Pistons played aggressive defense to stay close, but missed 13 of their 17 shots from beyond the 3-point arc in the first half.

The Sixers hit five straight shots midway through the third to extend their advantage to 69-55.

Josh Jackson responded with a trey from the wing to close the Pistons within 11 with 5:27 remaining.

Philadelphia received a three-point play from Milton with 2.8 seconds to go and led 79-67 at the end of the third.

Trey Lyles came back with a trey for the Pistons on their next possession.

Detroit responded with a 13-0 run to cut the deficit to nine with 3:57 remaining.

Bey knocked down a 3-pointer with two minutes remaining to close within 103-97.

On the Sixers’ next possession, Embiid was fouled and converted both free throws to extend the advantage back to eight.

Trailing by five, the Pistons appeared to draw closer but Olynyk was called for an offensive foul with 35.8 seconds left.