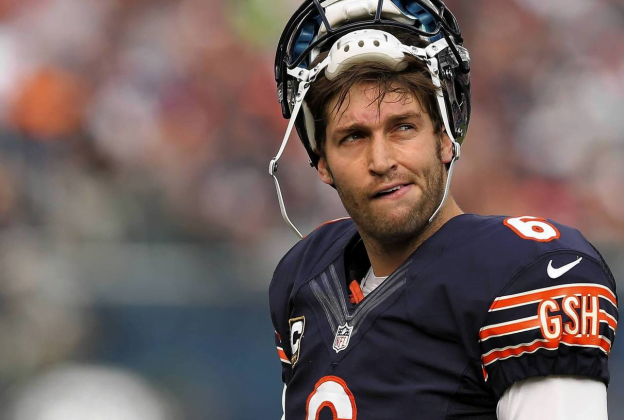 The beginning of the Chicago Bears game against the Tampa Bay Buccaneers is not going to plan for Jay Cutler. The Bears quarterback — who already had one interception on the day — threw a second. This one was picked off by former teammate Chris Conte, who took it to the house.

Getting a pick-six against his old team has to feel nice for Conte. As far as Cutler goes, that’s the pass you’d expect to see from a rookie early in the season. A veteran like Cutler has to know better.

It’s passes like this one that show why the Bears have been scouting University of Miami quarterback Brad Kaaya (read more about that here).