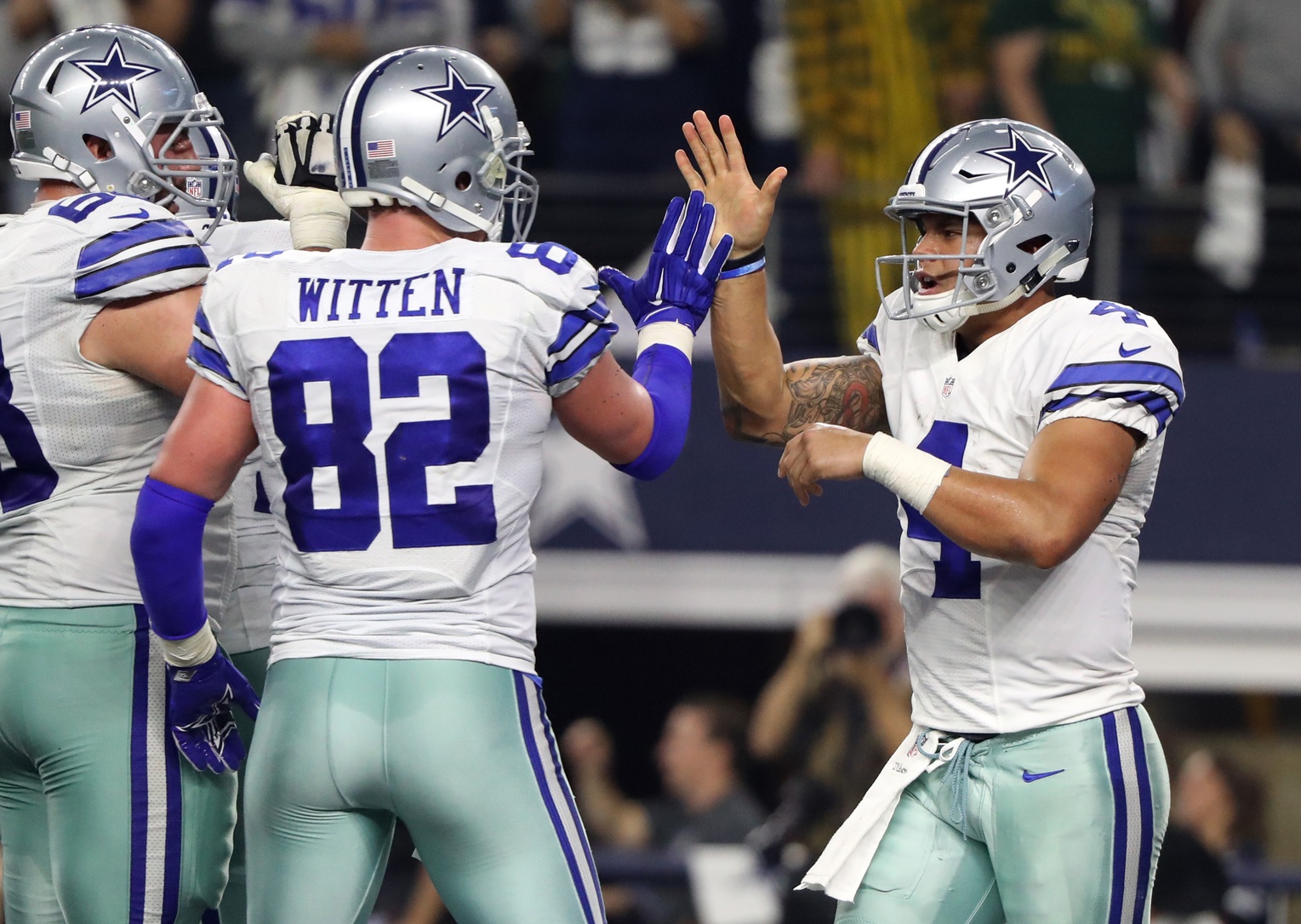 Jason Witten still has the skills to pay the bills, ladies and gentlemen. The veteran Dallas Cowboys star showed them with an awesome one-handed touchdown Sunday against the Los Angeles Rams.

Check out this incredible grab, as Witten had to reach behind himself on a poorly thrown ball by Dak Prescott.

Seriously, someone should check Witten’s gloves for a foreign substance.

That catch was OBJ-esque. It also gave the Cowboys an early 7-0 lead over the Rams in a must-win game for both teams.