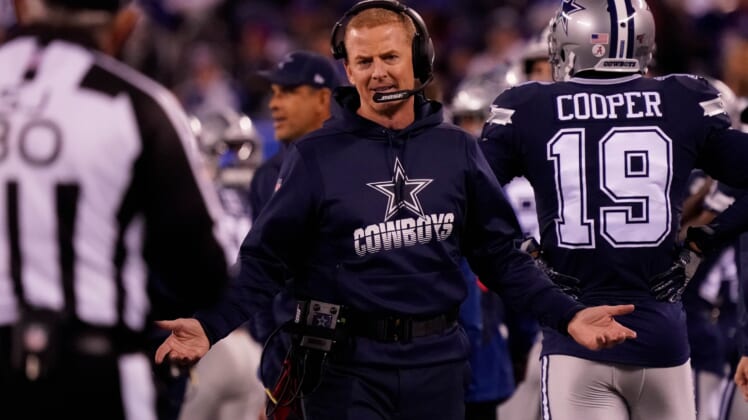 As good as the catch was, Cowboys head coach Jason Garrett’s reaction to the touchdown was even better. Check out Garrett getting physical with Cooper on the sideline.

Cooper didn’t seem like he was having any of it. Though, that’s certainly good form from Garrett on the push.