WATCH: Jarvis Landry gets heated on sideline with Baker Mayfield 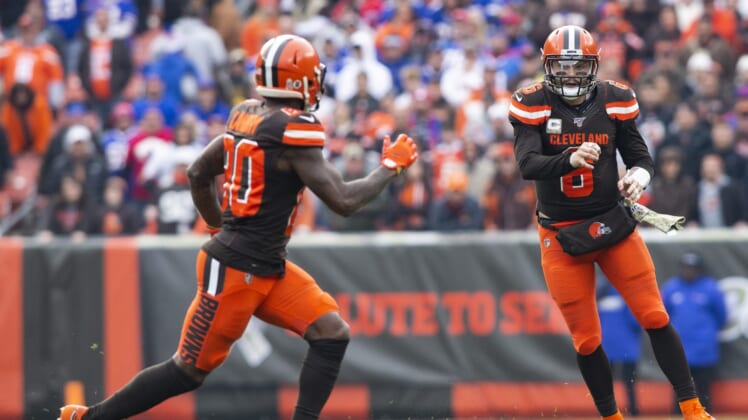 The Cleveland Browns have fallen short of everyone’s expectations this season. Now it appears the lack of success and some issues on offense might be getting to wide receiver Jarvis Landry.

Cameras caught the Pro Bowl receiver getting visibly upset with quarterback Baker Mayfield on the sideline after another disappointing drive by Cleveland’s offense.

Cleveland’s offense has been a major reason for the team’s disappointment this season. Mayfield came into Week 10 with 12 interceptions and only seven touchdown passes while completing fewer than 60 percent of his passes.

The frustration is clearly starting to reach a tipping point for many of Cleveland’s players. Now we’ll have to see how Landry and Odell Beckham Jr. respond to their quarterback’s continued struggles.