WATCH: Jarrett Culver posterizes Robin Lopez, then gets chased by him 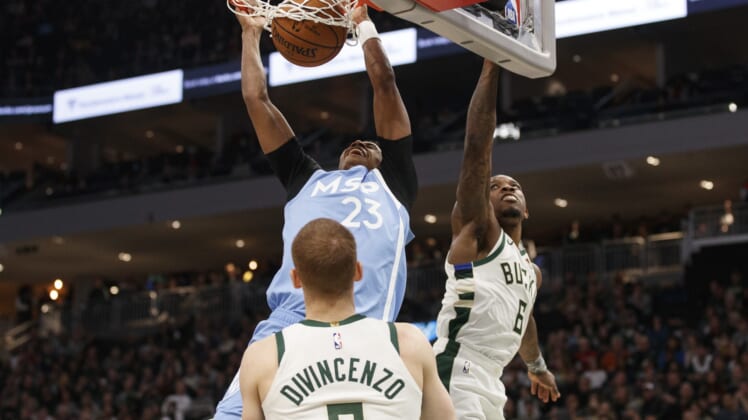 Minnesota Timberwolves guard Jarrett Culver is trying to make a name for himself as a rookie. He did that on Wednesday against the Milwaukee Bucks by posterizing his opponent, then got chased down for it.

The rookie drove through a lane on Wednesday night and threw down a ferocious, one-handed slam right in center Robin Lopez’s face before staring him down. Lopez, a 12-year veteran, took exception to the rookie’s theatrics and went after him for it.

Lopez followed Culver down the court, even pushing away one of Culver’s teammates that tried to stop the veteran center, before officials stepped in and separated everyone. Even when the referee stepped in, Lopez kept going after Culver by pointing at him and yelling at him.

The 31-year-old likely took greater exception to Culver staring him down and making sure he knew that he was just posterized. Culver, who is playing in just his 32nd NBA game tonight, let his emotions fly after throwing down the epic dunk in a close game. While Lopez’s reaction can be understandable, he should know that players will celebrate epic dunks like this.