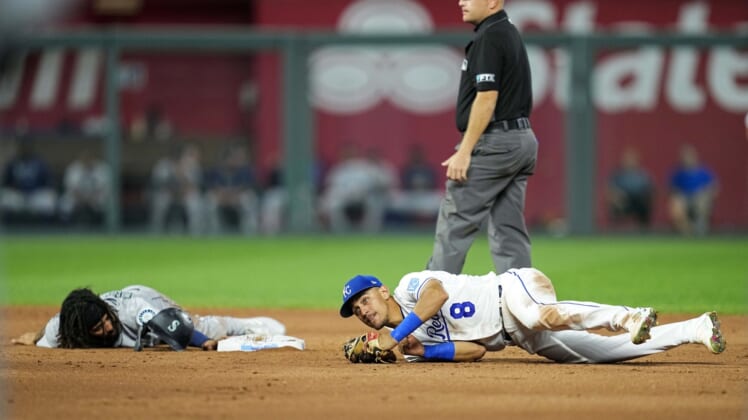 Jarred Kelenic hit a pair of two-run home runs as the Seattle Mariners defeated the host Kansas City Royals 6-2 Friday night in the opening game of a three-game series.

The Mariners (79-68) kept pace with Boston and the New York Yankees, who each won Friday night, trailing them by four and 3 1/2 games respectively in the American League wild-card race. Seattle gained a game on Toronto, which lost to Minnesota and dropped one-half game behind the Yankees. Oakland, which played later Friday in Anaheim, Calif., was three games behind the Yankees.

Chris Flexen (12-6) worked 5 2/3 strong innings for the Mariners. He allowed one run on six hits, with two walks and three strikeouts.

Nicky Lopez extended his on-base streak to a career-best 26 games in the first inning with an opposite-field single to left. Salvador Perez, began the day tied for the major league lead in home runs and tops in RBIs, finished 0-for-4 with a walk. 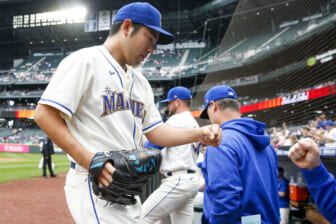 Heasley ran into trouble in the second. He gave up a lead-off single to Ty France, and with one out, the right-hander surrendered the first home run to Kelenic, his 11th of the season.

The fourth inning was similar for Heasley. He hit France with a pitch to lead off the inning, and one out later, Kelenic hit a home run 435 feet to center for his first career multi-homer game.

Andrew Benintendi’s two-out RBI single scored Whit Merrifield in the sixth. A walk to Carlos Santana then loaded the bases, but Michael A. Taylor took a called third strike to end the threat.

The Mariners got the run back in the seventh on an RBI fielder’s choice by J.P. Crawford.

Hunter Dozier hit a solo homer in the bottom of the seventh for Kansas City, but Seattle tacked on another run in the eighth on a single by Luis Torrens.