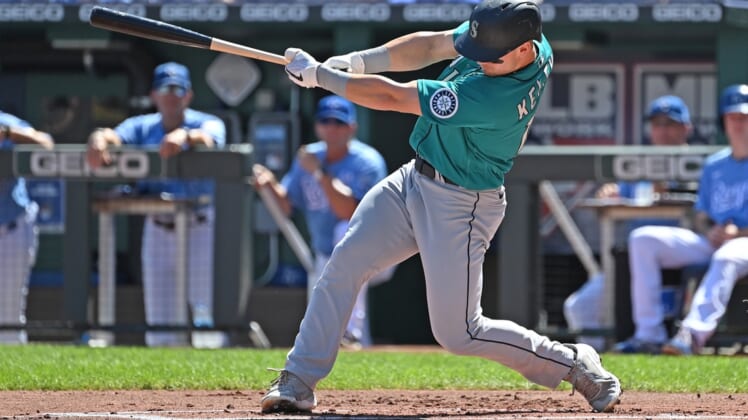 Jake Bauers and Mitch Haniger also homered for the Mariners (80-69), who took two of three games in the series against the Royals (67-82).

Seattle, however, remained four games behind Toronto in the race for the American League’s second and final wild-card playoff berth.

Gilbert (6-5) allowed one run on three hits. The right-hander walked one and struck out five.

The Mariners built a 5-0 lead through three innings against Royals right-hander Jackson Kowar (0-4).

With one out in the first inning, Ty France doubled to right field and Abraham Toro and Haniger walked to load the bases. Kelenic lined a 2-2 pitch to right for a two-run double.

The Mariners made it 3-0 in the second inning. Dylan Moore led off with a walk, stole second, moved to third on a one-out single by J.P. Crawford and scored on France’s single to center field.

Kelenic led off the third with a home run to center field. One out later, Bauers went deep to right-center to give Seattle a 5-0 advantage.

The Mariners added a run in the fifth off right-hander Scott Blewett after Kelenic led off with a double to right. Moore’s two-out single to left made it 6-0.

The Royals had just one hit through the first five innings against Gilbert, Michael A. Taylor’s leadoff single in the third, before Whit Merrifield doubled down the right-field line with two outs in the sixth. Nicky Lopez followed with a single to left to bring home Kansas City’s lone run.

Haniger led off the ninth with a homer to left-center off right-hander Tyler Zuber to complete the scoring.