WATCH: James Harden pushes back against report of rift with Chris Paul 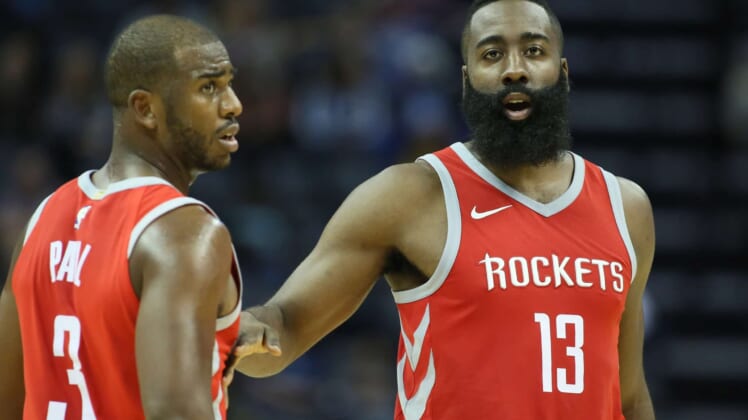 The Houston Rockets’ blockbuster trade to acquire Russell Westbrook from the Oklahoma City Thunder earlier this month had so many backstories.

Among them, Chris Paul heads to OKC in the deal after reports of a rift between him and James Harden. While Paul has pushed back against said reports in the past, Harden has been quiet.

“It was pretty funny how guys can speculate or just make up false stories on TV. And then you’ve got millions of people believing it,” Harden said. “That’s where guys have to make sure their facts are true before they run stuff in the media or on national television.”

That’s akin to Harden calling the multiples of reports fake news. We’re unlikely to ever get the real story from behind the scenes now that Paul and Harden are no longer teammates.

What we do know is that Harden has a new running partner in that of former teammate and league MVP Russell Westbrook.

As for Paul, there’s a good chance he starts the season in Oklahoma City after reports suggested the Thunder were looking to flip him.