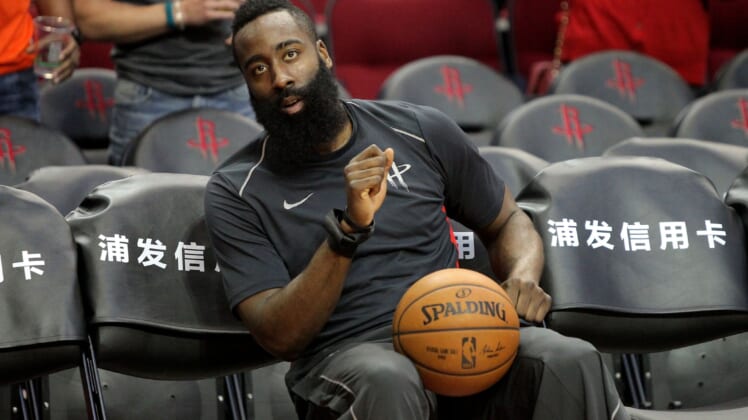 After one kid called out Houston Rockets star James Harden’s step back on Friday, Harden made sure the next kid that challenged him learned the consequences at a basketball camp on Saturday.

When a young fan challenged him to a one-on-one battle, the All-Star guard showed everyone in attendance why it’s for the best not to challenge the greatest athletes in the world.

The move under the kid’s legs would be one thing, but Harden wasn’t even done humiliating the overconfident fan. Harden’s crossover nearly broke the young man’s ankles and it certainly shattered his confidence.

We often see one young basketball fan want to challenge an NBA player to a one-on-one matchup at basketball camps. While some NBA players might take it easy and do a few simple moves, Harden is out here stealing a soul and making that fan a meme around his school for years to come.