WATCH: James Harden bricks three after showboating too much 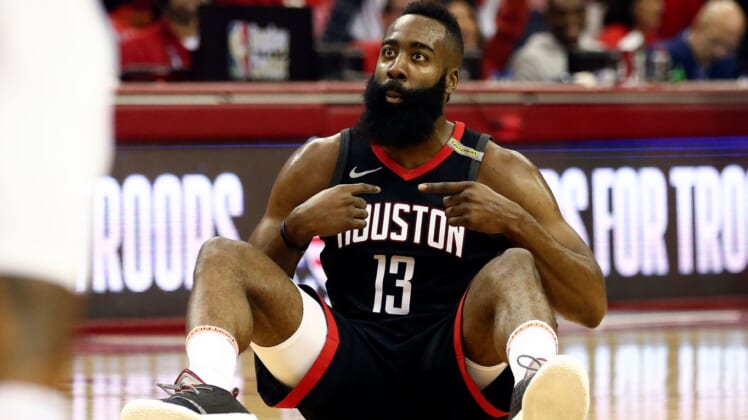 May 28, 2018; Houston, TX, USA; Houston Rockets guard James Harden (13) reacts after a foul during the first quarter against the Golden State Warriors in game seven of the Western conference finals of the 2018 NBA Playoffs at Toyota Center. Mandatory Credit: Troy Taormina-USA TODAY Sports

The early part of Game 2 of their Western Conference Quarterfinals series proved this to a T.

Overmatched in every possible way, Rubio saw Harden embarrass him off the dribble. It led to a wide-open three from the Association’s leading scorer.

In hilarious fashion, Harden decided to show off before attempting the trey. The shot itself failed miserably.

Given the way Game 1 went, this might be the only lowlight for Harden over the course of the series.

Even then, it was vintage Shaqtin’ a Fool.