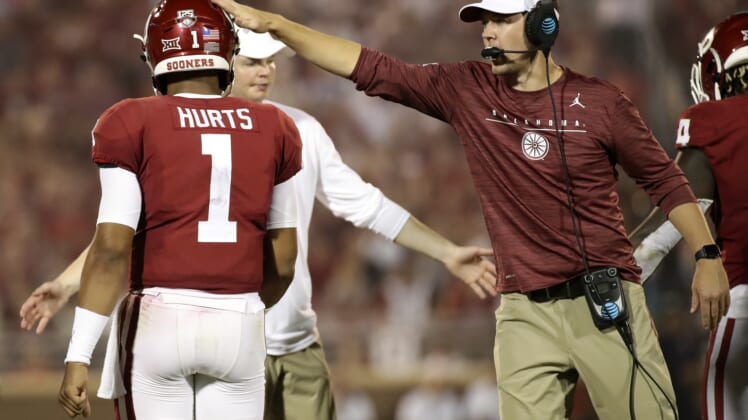 Baylor has scrapped its way back into the Big 12 Championship Game thanks to some outstanding defense, which continued when Jordan Williams intercepted Jalen Hurts late in the second quarter.

Oklahoma had all the momentum in the first quarter. Hurts has turned the ball over twice since then, and the Bears took advantage with scores on both.